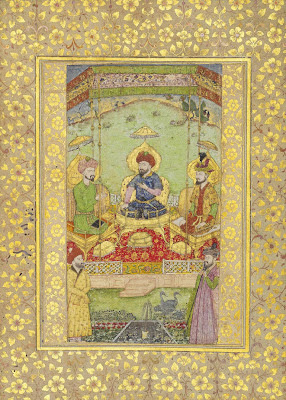 Deccan, mid 17th century.
A portrait of three generations of the Mughal Dynasty. Timur in a blue tunic flanked by Akbar in green and Humayun in red with a gold overcoat.
Posted by jeronimus at 8:03 AM

Goddess of the Arts

A celebration of the rich tradition of Indian miniature painting.
Comments welcome.
The term miniature suggests a tiny painting but in fact indicates a style of watercolour work similar to early European book illustrations which used the red pigment minia. Some Indian miniatures are quite large.
Many of the most exquisite Indian miniatures were commissioned during the reign of the Mughal emperor Akbar. He was an enlightened ruler and patron of the arts who wanted to create a new culture uniting the best aspects of Hindu, Christian and Islamic religion and art.
Included are some Persian miniatures because they were a major influence on Mughal miniature painting.
If you are the owner of an image and would like it removed, please advise in a comment to the post.
Most of the text is my own and copyright.
CLICK ON IMAGES to see larger 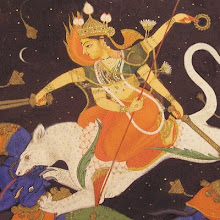 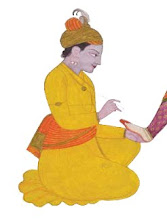 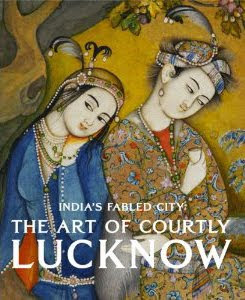 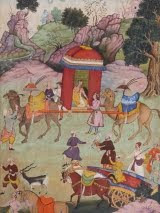 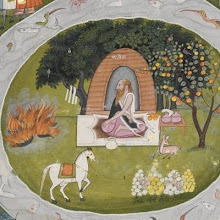 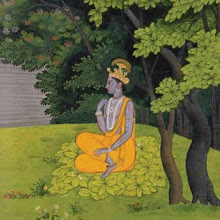 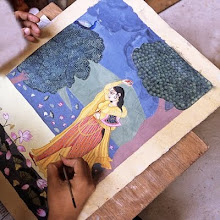 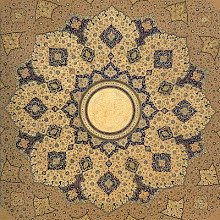 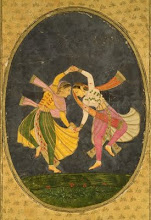 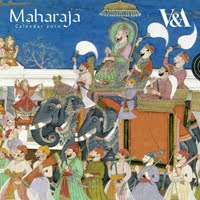 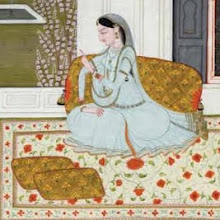 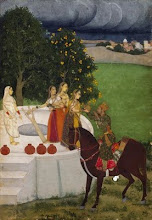 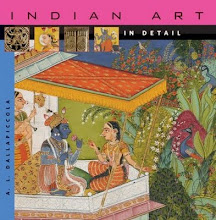 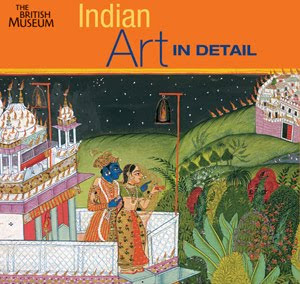 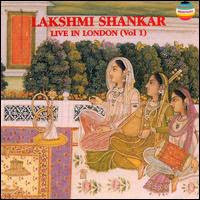